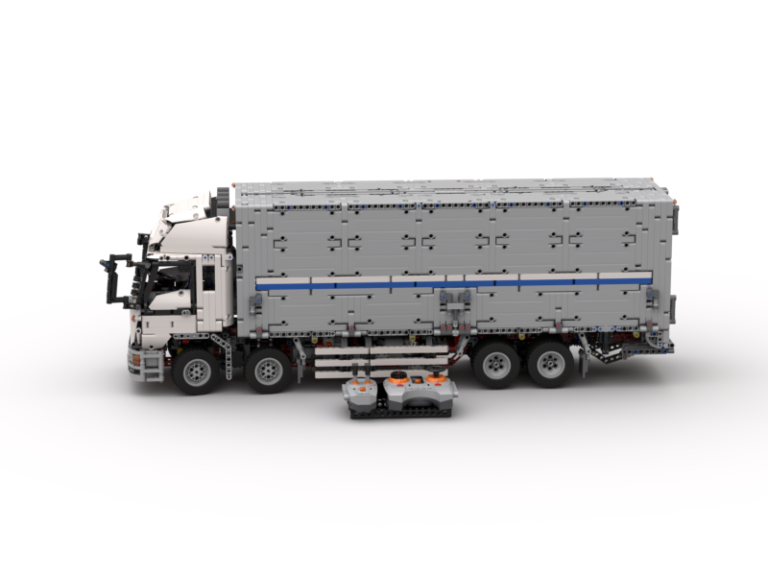 The Wing Body Truck is designed by Madoca1977 and can be found on Rebrickable as MOC-1389.
Free building instructions come in two ways:

For the build the digital instruction was used.

PARTS
MOC-1389 contains 4128 parts, of which the following parts are rare/expensive/difficult to find:

58123bc01: Electric, Power Functions Receiver Unit with Dark Bluish Gray Bottom and Black V2 Print (Version 2)
This part has only been released in two LEGO® Technic sets as regular item and in 6 other LEGO®  sets as alternate part. A discussion on the use of the V2 receiver can be found here.

44: Light Bluish Gray Technic, Axle and Pin Connector Toggle Joint Smooth
This parts has been released in a large number of sets, but is expensive.

The build of the Wing Body Truck proceeds in three steps:

The cabin and cargo bay:

All motorized functions of the Wing Body Truck